I’ve kind of stalled out on Nanowrimo after a disastrous week 3, for which I fully blame my business trip. I haven’t hit my stride since coming back, but maybe I will before the month is out.
The good news is I’ve made lots of great progress on The Saloon, my posse building web application. Currently the remaining TODO items look like this: 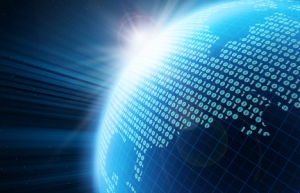 So basically the main areas left are three touchups to PDF export. Otherwise the PDFs come out looking AWESOME! I have the leader, all members, and the dinosaur exporting properly. To give you an idea of how these PDFs look feel free to download Hope’s Warden posse as PDF. You might remember them from an earlier post. But yeah it’s pretty neat being able to translate a paper copy into a PDF with very little effort (it took about 5 minutes to enter the data through The Saloon).

Lots of improvements and bug fixes are now in the app, so it’s worth checking out again. I’m going to wrap up PDF export soon-ish, and then put up some info on various forums so I can get some feedback and views on the application.

Anyways to give you an idea of some of the recent changes here is a log of my SVN commits:

If I had to sum up the big changes I’d say: tables are now sortable, new intro text for the app, terrific looking status bar that floats as you scroll, lots of optimizations with JSF’s f:ajax to reduce bandwidth per click, new random name generation for leaders and members, and obviously PDF export for everyone.

As before feel free to check out the app at http://saloon.thruhere.net/.