You know growing up I always figured I’d watch release news of video games, movies, and miniatures, but I never thought I’d be excited about when new dinosaur toys come out. I know that people make a career of just keeping up with the dozens of dinosaur toy making companies. But for me I like to focus on the known quality of Papo.
There’s been a bit of news about what the 2014 Papo dinosaur line up will include.
First of all the Dilophosaurus, probably best known from the original 1993 Jurassic Park movie as “the scary one that has cobra frills and spits acid poison stuff!). This model looks pretty cool, although I’ll have to see how it compares in size to some of the other carnivores. I think if it’s a bit smaller I could use it as a Raptor or even Ripper drop in. Since as we all know the actual Papo Velociraptor (even their more recent re-color) is drastically out of scale. 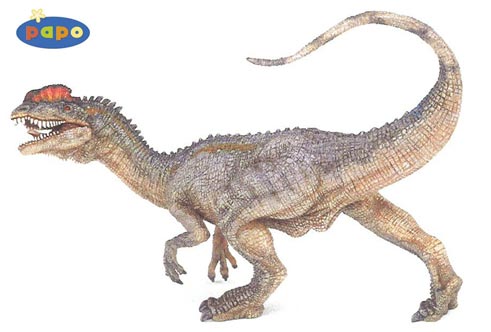 Next up is the Archeopteryx (yeah that’s right, only the highest quality Wikipedia links for you!), best known as the “bird dinosaur thing”. I’ve seen the Thermopolis Specimen fossil at a nearby dinosaur museum, and it looks pretty neat. Not really a fit for Dinosaur Cowboys (mainly because fluffy, feathery dinosaurs make me fall asleep), but if it’s small enough it could be cool. 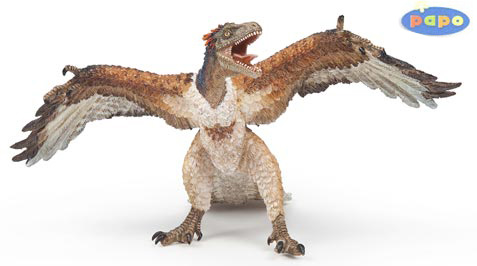 And finally a Baby Triceratops. Similar to the baby T-Rex that came out all the way back in 2012, I don’t think this would see much use in Dinosaur Cowboys. It’s not like a cowboy would ride a young colt into battle, so why would they do the same with a dinosaur? What I CAN see it being super useful for is an objective marker, and indeed if the price is right and I see it in a local store I might just buy it. 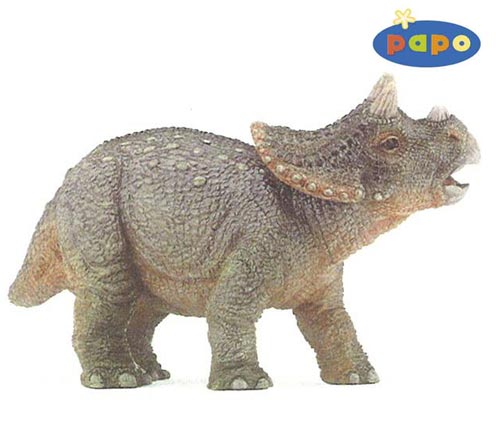 What I’d really like to see are some small, thin herbivore dinosaurs that would suit the “Runner” role well for this game. Right now I’m using a non-Papo dinosaur, just because the scale is correct, but it’s not really my first choice.