Remember how the last release was the fastest update ever? Well I’m going to have to guess v2.5 is the slowest. After the Battle to Seattle campaign wrapped up I was pretty much out of energy. Summer had just started as well, so a week delay turned into a month and before you know it here we are in July. If you have been following the bleeding edge version of the rules there shouldn’t be any surprises here. 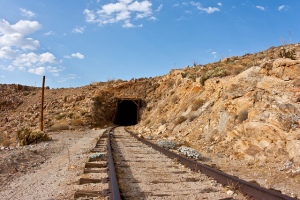 Anyway v2.5 is quite a milestone release because I added a TON of weapons. There are now plenty of fun options for pistols (Six-Shooters, Volcanic, Walker, Peacemaker) to suit any playstyle. Rifles have been tweaked and balanced and expanded. Shotguns are actually viable now. Repeaters have an “end game” version. There are lots of new specialty weapons too (like the LeDuc Revolver). Melee weapons have been completely redone so any type of Attack-Damage pattern you can imagine is available.
There were numerous tweaks and fixes from the experience of running a 4 person campaign. I also took some of the knowledge gained from the quickstart rules and applied it back to the core rulebook, such as actually explaining and demonstrating a statline before talking about it.

All in all I’m really happy with this version, even if it took far too long to get that last 1% done.

I’ll probably go back into quiet mode for a while here though. Lots going on outside of tabletop games, so it can be tough to find the time. I am of course still hoping to post battle reports and the like. I’d especially like to build a few Lego buildings and play a game of Dinosaur Cowboys using Lego minifigs. That and use some of the new dinosaurs in greater depth. I have a few miniatures I’m in the process of painting as well that I’d like to get a game in with eventually.

Anyway here are the specific changes around this edition:
– Tons of new weapons and special abilities
– Got rid of the old D4/D8/D10 usage which was JUST for Dinosaur panic. Now D6 or D12 ONLY is used, with modifiers where necessary
– Updated component picture to not have old dice, and also show more miniatures
– Added a new Statistics Overview section to give an idea of stats before we talk about them
– Added an example weapon to the start of Combat to give some context
– Default turn limit changed from 5 to 6
– “Explosion” special ability now does half damage to mounted characters
– Changed Wound/Injury table so that a roll of 1-1 is Bad Luck now, instead of having to re-roll 1s
– Buffed “Lend a Hand”, so HP transfer is done in a 1:1 ratio
– Added a +1 bonus to a Bravery Test roll while Mounted, to stop riders from being a huge weak link
– Changed dinosaur passenger size to Small 1, Medium 2, Large 3, Extra-Large 5 (up from 4)
– Updated Swimmer/Flyer notes so that Extra-Large dinos take 5 slots
– Changed Swimmer breeds to match actual length of dinosaurs, so larger versions are used for ferries compared to smaller “sloop” versions
– Moved where the Elevation rule is since it applies to both range/close
– Changed Movement attack modifier to be for All, and only apply if target moved 2″+
– Changed base distances to start at 0 instead of 1, for example Six-Shooter Short Distance is now 0-6″
– Added a ‘Who’ column to Traits, to specifically state whether a Human, Dinosaur, or Both can use a Trait
– Clarified that selling/replacing a dinosaur doesn’t refund training costs
– Reorganized Campaign section, added a note about Gentleman’s Agreements, and about two types of campaigns
– Armor changed to have Speed Penalty starting at +3 DEF instead of +4
– Eagle Eye is now an Active Trait, Clear Sight now has 1 Stage only
– Changed Pushed/Pulled to not affect dinosaurs in close combat
– Merged “Night” into “Sunset”, which also now includes a “Dusk” option
– Added Step totals, for example Step 1/6, 2/6, to give the reader an idea of how much they have left

Saloon Updates:
– Mirrored rule updates
– Added “Private Save” feature that will prevent a posse from being loaded in the Recent Posse List. Useful for campaigns with secret information
– Added a Number of Players link beside the Campaign Mode checkbox, which allows your PDF posse to have modified free Hitpoints for games with larger number of players