What I’m Up To: Dungeons & Dragons 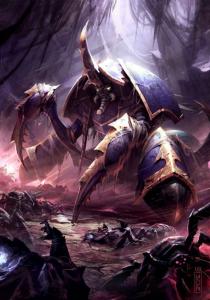 So the ol’ website will be a bit quieter these days because I’m running a Dungeons & Dragons campaign called “Servants of Molagrath”. I’m the DM and am also hosting at my house, so my games room is generally dominated by character sheets, paper maps, and a slew of dice. We have SEVEN people playing, which is quite the record, so yeah, lots of prep work and general tabletop exhaustion from that. So the site will be a bit quieter, which is okay since I normally tone things down after doing a release (and v2.6 was just a bit ago). I do have one battle report in mind that I want to play out (Mad Max themed!) but no idea when that would happen.

Anyway I thought I’d share some details on the D&D campaign, for those who are interested. We’re playing 4th edition because it has the best combat balance and variety. Much like our last Edge of the Empire campaign (Star Wars RPG by Fantasy Flight Games) this happens weekly and with a similar core group, I was just able to recruit a few more people to get our numbers up so high. EoTE taught me that this group tends to solve problems in a violent way, and even though they might be “good guys” on paper they really act villainous. So with this D&D campaign we just flat out accepted that, and everyone is playing an evil cultist! They are part of the Cult of the Beetle who worships the banished god and lord of decay Molagrath (imagined like the picture to the right), and each session is more or less sowing chaos across the land. For example they started by raiding and poisoning an oasis (killing a sizable merchant caravan as well), and just recently attacked a Church of Lathander (god of spring/renewal, aka their enemy) to rescue a fellow cultist who was going to be burned at the stake. So yeah, pretty fun and interesting to try this approach.

Until you hear from me again, keep on keepin’ on!