I briefly covered Papo’s 2013 new releases, which included the Dimetrodon and Carnotaurus. On paper I wasn’t super excited about either (not like the Ankylosaurus at least), until I actually bought the toys and saw how awesome they were.
The Dimetrodon might be the most detailed Papo dinosaur yet, between the extremely well painted “fin” on the back right down the veins down it’s side. Honestly the thing looks like a living lizard.
The Carnotaurus is smaller than I would have expected, but the pose is very dynamic even if a little hard to balance sometimes) and the perfect height to be teeth-to-face with a 28mm mini. Detail is great as always, even if the color scheme is a little drab.
Anyway in my latest game I took a few showcase pictures and thought I’d share (click for larger size): 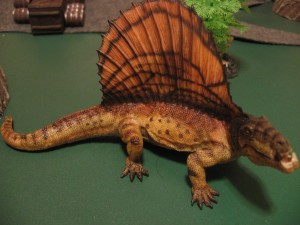 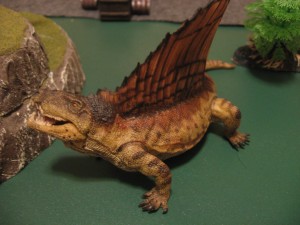 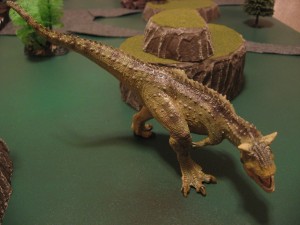 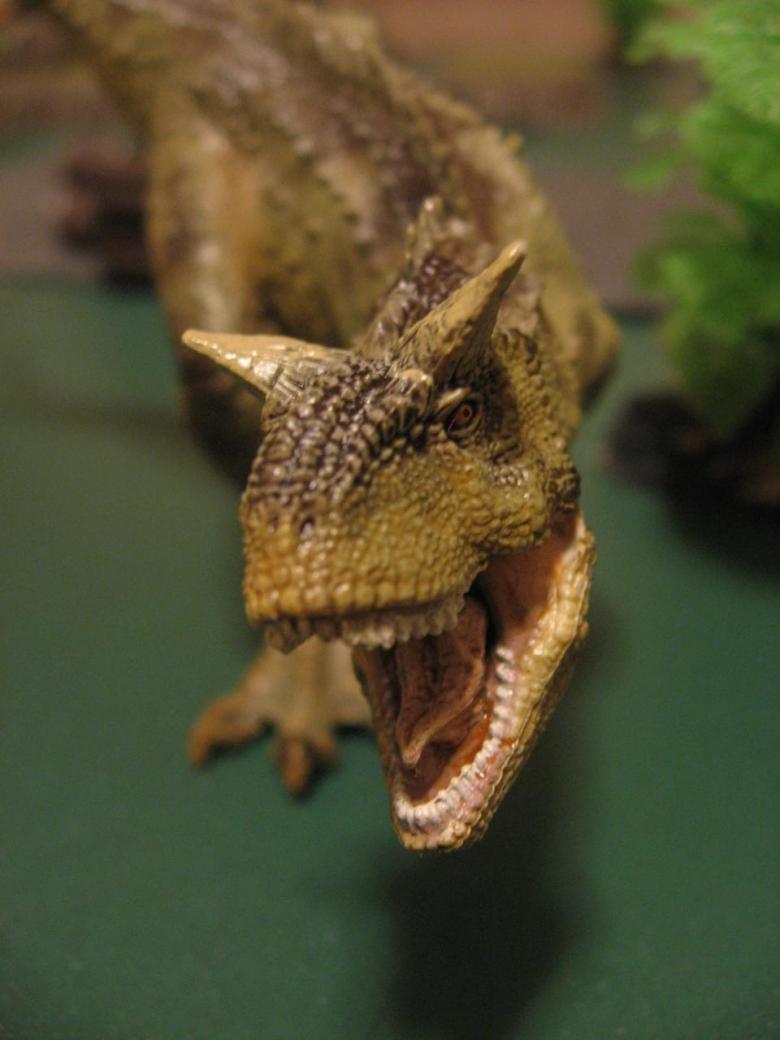 Just gotta remember to take a picture of the Pterodactyl as well, since it sits by my window sill in the games room I often forget about it by the time I have my camera ready.

You can see more of these two new dinosaurs with some really great pictures in the Fight for the Flaming Gorge battle report.

Well no one ever accused me of being in the loop, but luckily I was randomly doing a search for Papo today and found some absolutely awesome 2013 releases. I’ll cut right to the chase: Dimetrodon (Fin), Carnotaurus (Terror), Pteranodon (Flapper), and a Woolly Rhino.
Remember how I added the Fin dinosaur type a while back? Well it was actually March 2012 as a herbivore match for the Raptor. Since then I don’t know if the beast has ever seen the table. The main reason for that was no easy Papo purchase to match everything else! Well, that’s been remedied now and I’ll soon be buying the newly released Dimetrodon. The craziest part is Dimetrodon is not technically a dinosaur (which is why I put a disclaimer in the rulebook for people who thought the combination of dinosaurs available lived at nearly the same time).
The Carnotaurus also looks cool and would be a nice match to the Allosaurus, and to have a change of pace for the Terror type.
Even though Flappers aren’t used in combat having the dino could make for a nice objective or goal on a map.
The Woolly Rhino looks like a lower quality sculpt from their non-dinosaur line so I’ll probably pass on that.

Anyway the important part! Piiiiiiictures! I didn’t have much luck finding a really high resolution version, so I ended up cutting these out from their electronic catalog. 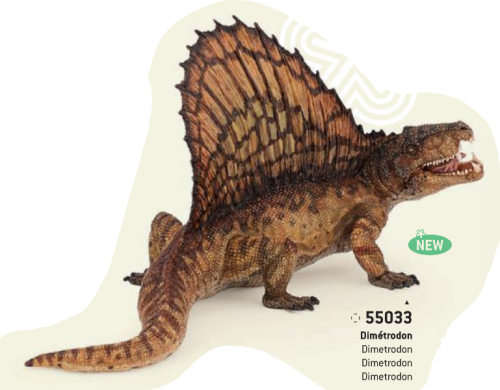 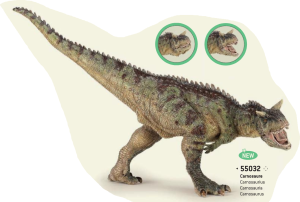 Update Sept 20th: So I ended up ordering all three of these dinosaurs from Everything Dinosaur, since I didn’t have any luck buying them locally in stores. Now to just anxiously wait for the package to be shipped and delivered. I’ll get some better pictures and use them in a game as soon as they arrive!

Update Oct 1st: Dinosaurs arrived by Air Mail yesterday! Got them unpacked and they look great, especially the Dimetrodon. I’ll get some pictures this weekend, and I think I’ll also redo my out of date Papo Dinosaur Gallery post.