So I found two great images (well, one was a post with a bunch of images) that exhibit the feel I want for Dinosaur Cowboys. As awesome as the idea is, for some reason there isn’t a whooooole ton written on it before. Honestly these are basically the best set of images I’ve found so far, on the entire internet. Crazy.

Anyways the first is a “Dinogang” and gives the feel I want for my eventual figures: http://hexxenhammer.blogspot.com/2008/02/dinogang.html

Next up is a heroically epic image called “Go West”. Full credit goes to ~VampireHungerStrike from DeviantArt. I figured I’d post the image here since clicking links gets boring: 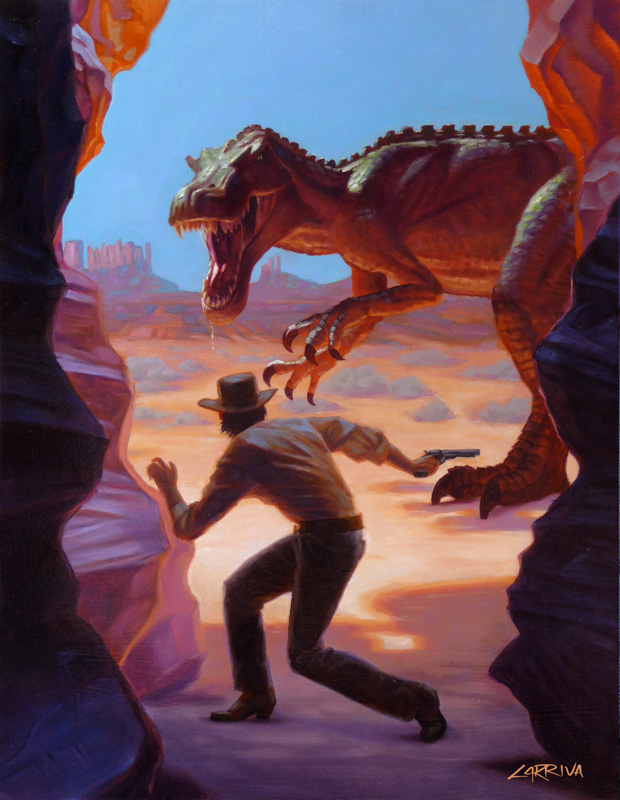 2 Responses to “Some inspiration”