I thought I’d deviate a bit from plain cowboys and look at some figures from Games Workshop. I can’t believe the price of some of these though. $70 for a kit?! Are you KIDDING ME?! How do people even still play Warhammer?
But anyway the Lizardmen sculpts are pretty cool, and I like the background fluff on them with South-America-as-Lustria. Something about jungles makes them rather appealing.
I figured some of these could be useful as Dinosaur Cowboy mounts since some have saddles sculpted on. Just need some wide legged cowboys to drop into the saddle instead of lizard people. 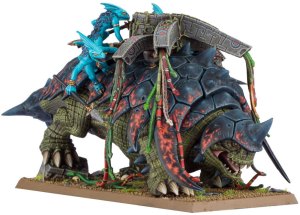 First up is the recently released Bastiladon, who looks like a mildly overweight Ankylosaurus. The kit has an option to do a crystal laser thingy or have units mounted on it with some kind of snake dispenser. All that looks pretty ridiculous but the main dinosaur is nice and beefy so that’s neat. 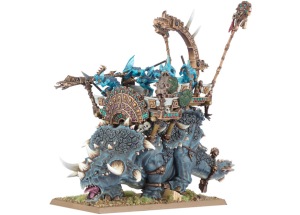 Next is the Triceratops equivalent called the Stegadon. The dinosaur has sort of a scrunched up face, but what I really like is the howdah on the back. I could definitely see de-Aztecing it a bit and leaving it empty so figures could sit right aboard the figure. One of these days I’ll get around to mounting a howdah on a Papo toy since I think that’d look a lot more atmospheric than putting the “mounted” figure beside the toy. The less gaudy gold howdah looks even better for this model, but again I just think of what I could get for $70 instead (the price might vary depending on where you’re looking from). 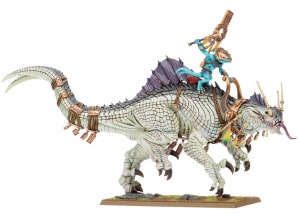 Now we get into the carnivorous offerings with the Carnosaurus, which is just a big mish mash of various real world dinosaurs, but does a good job creating an imposing, menacing predator. The first picture (the gray dinosaur) is actually a Troglodon according to the website, and it looks like a Spinosaurus, which most people probably remember from Jurassic Park 3. Anyway I like the saddle work even if it’s still more Aztec than cowboy. The dangling reins and dynamic pose are very cool and would make a perfect platform for a melee focused character. 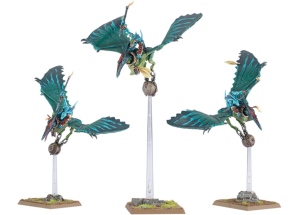 Here are some aerial dinosaurs equivalent to the “Flapper” type in Dinosaur Cowboys, in this case named the Terradon. There wouldn’t be much use for them since Flappers are non-combat dinosaurs just used for transportation. But they’re still pretty neat looking! 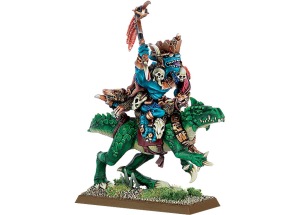 And finally a couple of miscellaneous dinosaurs. The first picture is of a prodded Razordon and would be useful for a generic dinosaur encounter, or to represent a Ripper perhaps. The second is a Cold One and could pass for a Raptor if it was a bit bigger (since a Raptor can carry two people). $20 is pretty steep for a single figure, but I imagine you’re getting tired of me ranting about price :)

Conclusion
Anyways there are some nice options if you are a Games Workshop fan, or maybe already have a Lizardmen army and are looking to branch out in your tabletop gaming choices.

I’m going to try to get a game in soon and post another battle report, probably from the Wind River campaign concerning the Drylands Expedition reaching Hyran Mine. I’m thinking the posse will be hired to take on the Night Daggers and go from there. I’m also thinking of doing a fortified, Feature-heavy match with Weapon Emplacements, Shield Generators, etc.