I mentioned the next rules release of v2.6 a few times, so I thought I’d dedicate a post specifically about what will be changing. In a word: weapons!

As usual you can grab the latest copy of the rulebook PDF updated directly from my computer to Dropbox from http://bleedingedge.mine.nu/.

Example v2.6 Posses
They say a picture is worth a thousand words, so what value does that give a posse roster? Here are two posses built for v2.6 with plenty of gimmicks and wackiness around the new weapons and trait combinations. I’m going to playtest using these (and others) to ensure the math and feel of the new weapons and other changes works.
Both of the posses were built until I felt happy with them, so don’t worry about the IP/ND values. Similarly everyone was given very similar stats and Hitpoints to help with testing.

General William’s Brigade v2.6 Posse Roster – I see the General riding into battle on his Triceratops, with his steadfast doctor Unit 4-15-3 supporting him from a seat further back. And I can’t wait for Tom West to punch someone for 2A-8D. Think of this posse as a USA Civil War era cavalry gang.

LeDorf’s Royal Force v2.6 Posse Roster – Lots of neat ideas here, from The Tombstone weapon (only 12-12″ range, but crazy damage and effects) to the Madhat grenadier (who will square off against the flamethrower wielding Malius in the enemy posse quite well), to Glargamar grabbing someone with the Dinocatcher and then slicing them to ribbons with the Rattlesnake Axe. Instead of a pure doctor this posse is using the new Motivate weapons with the Lend a Hand trait. I don’t think it will be quite as effective, but it’s an interesting idea none the less. Think of this posse as an American Revolution era British response force (thus the aristocratic name).

Minor Changes
Before I get to that, there are also a few other changes and improvements. Some minor stuff like the table of contents being clickable and reworked to one page. +2 HP to the Leader when playing the Assassinate objective. Removing the “Clever Girl” deployment for “Diagonal”. Some clean up of the Quick Reference Sheet. Clarifying Cover to be 25%+ obscured. Adding a few new sepia toned images and a new gameplay image. Removed the campaign based Medical Devices for healing Wounds/Injuries. Cleaned up the Yeehaw! ability and split Bravery Test on Leader death to a separate section. Even super tiny stuff like using ÷ instead of / for division and defining Defense for Armor as +X instead of a flat X. So just the usual tweaks and poking and prodding.

Trait Changes
But the core changes are around weapons, and to a lesser degree Traits. For Traits they have been split from a single complex table to one for Active and one for Passive. Similarly the less used Traits have been balanced and buffed. And Passive traits now use the highest stage, exactly like Active, instead of stacking. So Bonus HP went from +3 per stage to +3/+6/+9…same effect, but more consistency between the two types. My favorite example of a trait change is “Boxer”, which now has 2 stages of +3/+7 damage with Brawl attacks. What this means is a character can take both stages and be dishing out 2A-8D punches or 1A-9D kicks, or 1A-8D trips with Stopped. So basically you can make a Jackie Chan / Jet Li martial arts style character and still have it be viable.
Viable is actually a good word here, as something like “Racer” shows. Previously this Passive trait was +1 SPD to Hustle…but that begs the question who would ever take it over a flat Bonus SPD +1 trait? So now Racer is +2 SPD to Hustle. Again, just little tweaks to ensure variety and choice when building your posse.

(“Big Iron” picture by MMoussee, and based on the Marty Robbins song that I based the upcoming “Big Iron” weapon in this game on!)

The Main Event – Weapon Changes
Now for the weapons, which again have that focus on viability. Most of these changes are lingering leftovers from the Battle to Seattle campaign. The campaign and subsequently v2.5 were terrific for expanding the list of choices (especially the delicious pistols!), but also had a few rough edges. One important lesson I learned is once a posse is at the $2,000 level, and even more so beyond that, they can more or less afford any weapon they want for anyone (aside from crazy stuff like the $1,500 Field Gun). What this means is (eventually) price is no longer a balancing factor for weapons. “This gun does more damage, but costs $50 more!” means nothing when you have $700 in the bank.
So in the end players went for “top tier” guns, regardless of price. In case you haven’t noticed, range weapons are capable of 9 damage (before Crits), in a variety of attack-damage patterns, while close combat weapons can reach 10 damage. For range this means 6A-3D, 1A-8D, 4A-5D, etc. The problem was a lot of weapon “lines”, like the Laserbow or Pump Shotgun, didn’t reach that “top tier” 9 damage category. For example Laserbows topped out at 1A-6D. So for $1,000 posses they might be used, but anything above that and they’ll be left by the wayside in favor of more damaging guns.
Because of this a lot of the weapon lines were fleshed out to top tier. This means a “Laserbow 80” with 1A-8D, a 6GJ Pump Shotgun with 3A-6D, a Coach Gun with 2A-7D, etc.
Similarly close weapons recieved the same treatment. Axes were split and are 4A-XD weapons now, the high attack no damage weapons go up to 10 (like 2GJ Tumbleweed with 8A-2D to follow the Thunderstick), etc. I split out Natural Weapons to their own page (and subcategorized Brawl/Beast) so the wireframe weapon image got moved too.

The other focus was on special abilities, and making those weapons less expensive and more viable. I also added, changed, and removed some of the abilities. Say goodbye to “Cover Breaker” and the related Defoliant Grenades, and say hello to “Cavalry” (+1 Damage while mounted). Both Barrels is now +2 Damage instead of +2 Attacks, to differentiate even moreso from Fan the Hammer. Sap was renamed to “Motivate”, and now has a slew of awesome ranged and close weapons like the War Horn, Harmonica, Battle Standard, etc. There are also Pulled range weapons now in the Harpoon Gun and Dinocatcher. To utilize the new Cavalry special there are Carbines, which have a short and long distance but no medium, and also close combat weapons (like the Dragoon Sword).
Another push was to get alternative names for commonly used guns, especially top tier stuff. So now instead of everyone having 500kW Six-Shooters you could use the “O’Sullivan Sixer”, or The Stampede instead of a top tier Volcanic Pistol, or Judge instead of a Peacemaker, or Enforcer instead of the 5GJ Auto Shotgun, etc. I love so many of these new names that I’m just gonna list some here…

So all in all lots of fun new toys to play with. The list is definitely intimidating at first glance (Range Weapons has spilled over to FIVE! tables now), but a lot of the weapons are just repeats with better damage and a higher price tag.

Saloon Changes
The Saloon posse designer will receive these changes as well, and also has a few improvements. The most loved will probably be the fact that weapon special ability names are written on the roster themselves to the far right of the weapon name, woot woot! So you’ll see 300kW Six-Shooter*, but now also in a smaller font “Fan the Hammer”. This helps players remember exactly whether the shotgun had Both Barrels or Open Choke, without having to check any list. The actually effect isn’t written on the roster, but experienced players will know them by heart, and they’re not hard to learn or leave the rules page open as a reference.
Also the free Brawl and Lasso attacks are “buyable” now, so that players who DO build that Jackie Chan character can actually see the base Punch/Kick/Shove/Trip on their roster without having to calculate it.
And an old bug was fixed around Clear Sight, which adds +1″ to all weapon ranges. Previously this effect was blindly applied, so a Repeater would get 1-14 Medium distance (because it’s the first range band) instead of 0-14. Bug fixing isn’t the most exciting news, but it’s important to do.

So all in all v2.6 is shaping up to be a release focused on weapon and trait polishing, with a few rules clarifications as well. No drastic core changes which is always nice. I’m eager to release the rules so I can do many battle reports with the slew of cool weapons.
The ol’ TODO list is actually pretty short now, and in some ways the release changelog will mimic a lot of what was said here. I need to retake a gameplay photo, finish updating The Saloon lists, and then do the usual double/triple/quadruple checking for any inconsistencies. There is nothing more annoying than going through the rules release process and noticing a tiny error immediately afterwards.

As for the rules in general, I think at some point I’d be done revising them…right? Right? In some ways I wish I could just stop poking and prodding them…but I said the exact same thing in 2011! And look at how much better and more refined the game is now. Maybe it’s just fun to have a project I can return to every now and then and update. One thing I DO want to avoid is tacking on rules or complexity. I might add “expansions” that do that, but for the core rules I don’t want to add a bunch of flavor-of-the-month cruft and baggage.
I know it looks like I’ve been at this blog for ~5 years, but with the big posting gaps and shift from RPG to skirmish (which was basically a rewrite) I bet you could narrow down the actual project to a 6-8 month task.
Besides at some point I’m going to want to make my diceless Hackers game, or damage template Barons game, or my blue ocean navy Privateer game, or my asymmetrical Viking raiding game, etc.

Anyway look for v2.6 near the end of March, or April at the latest (it will depend a bit on my playtesting schedule). 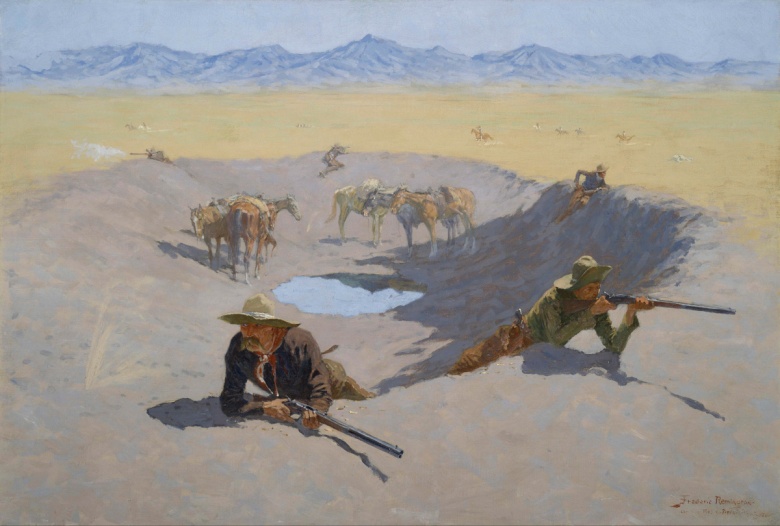