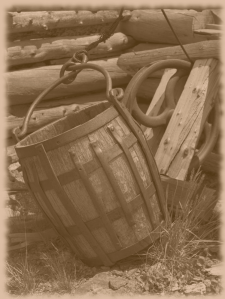 Now for the changes. Instead of dumping a big list of the changes I thought I’d take some time talking about each one:

As I played through the Windy River campaign I wished there was a consistent record of how the progress was. And with a larger multi-person campaign coming up I knew I’d need something to track the status of each Posse and who fought who. So I designed a nice little Campaign Record Sheet that lets you remember the details of each battle, see who took injuries afterwards, etc. I’d love to think of a more western-y or cowboy-ish name for this, but for now the cold, factual name will have to do.

Next up is balancing, with a lot of buffs across the board:

New features! Hooray! Always exciting to brainstorm a few of these. Since I know the mechanics of the game quite well (by this point I should! ;) ) it’s easy to say “Well, that seems like a neat effect” or whether something will be balanced or not.

Here are a few miscellaneous rewords, updates, and quality of life changes and edits. Well some are rather significant:

And some rather important balance changes and edits that I wanted to highlight separately. Namely Trait rebalance! Long overdue Trait rebalance, in fact. This part feels like a Dota 2 changelog…but like I said some of the Traits were totally useless compared to their counterparts. Now everything should be a bit more balanced and useful and give Posses more choice. I ended up removing one Trait and adding two new ones, so that’s exciting:

And of course The Saloon was updated to reflect all these changes. I’m also going to use a more reliable link for The Saloon at http://saloon.thruhere.net/ instead of the older link (just from a free redirect service, so it goes down sometime). This change should be seamless to users of the program, and the old link will work as well since I use it in zillions of battle reports and posse entries.

Summary
All in all a great v2.1 release. I’m very happy to get the Trait rebalance done, and it was somewhat unexpected. I just started tweaking the Traits and a few hours later had them all updated. Getting a Campaign Record Sheet is nice too, and I’m sure will be useful for the upcoming “Battle to Seattle”. And of course who doesn’t love new Features?! Especially semi-critical ones like different Water effects.
As with every new release the game feels more stable and organized.