As I mentioned in my last post this idea is on a bit of a hiatus. But I figured for completeness I’d share the rules so far. What’s funny is my favorite part is actually the combat resolution system, just like how that was one of the core features to survive in Dinosaur Cowboys skirmish from inception to today. 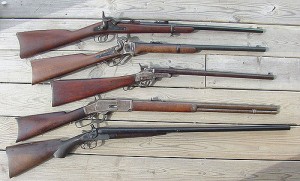 As for the resolution system I like, let me pour out some info on it:
The main idea is you roll 1D12 and try to get above a number. That number could be set, or based on the enemy skill, or against a statistic, etc. You can do the action quicker (“Hasty”) but then you roll 2D12 and choose the lowest, or take your time (“Focused”) and again roll 2D12 but choose the highest. In the case of combat there is a second step if you succeed on the roll. That is to allocate your Damage Pool between Fickle and Flat damage. Fickle means you roll dice, Flat means it’s added on. You’re rolling against the target’s Grit (say an 8). But the fun part, and where the mechanic really shines (and fulfills my hope of “resolution being as interesting as movement”) is you need to succeed with at least 1 Fickle roll to do any damage. But the Fickle rolls have a chance to fail, whereas Flat damage always comes through. Fickle can also Crit (on a 12), but can also Fumble (on a 1). So there’s a balancing act of how much Fickle vs Flat to choose depending on the target’s Grit.
That might have been a rambling explanation, but that’s why I’m posting the rules. So say I have a 6 Damage Pool and the target has 4 Grit. 4+ on a D12 is pretty easy odds, so I’d probably allocate only a single Fickle point and the remaining 5 pool to Flat, meaning I roll 1D12 looking for 4+, and if I succeed I do 1+5 damage. But what if their Grit was 9? Do I go all in Fickle? What if I had a skill that increased my Crit chance? Would I want more Fickle or would the potential Fumble not be worth the effort? So some neat decisions there.

I honestly CANNOT believe it’s been a month since my last post. Talk about time flying, that’s just unreal to me.

So what’s been happening with the Dinosaur Cowboy RPG? Well first of all I did get a solo playtest in with some rough mechanics. Like I said I like to get a playable prototype done asap. I ended up with a pretty well fleshed out character sheet, which you can see (and download) below: 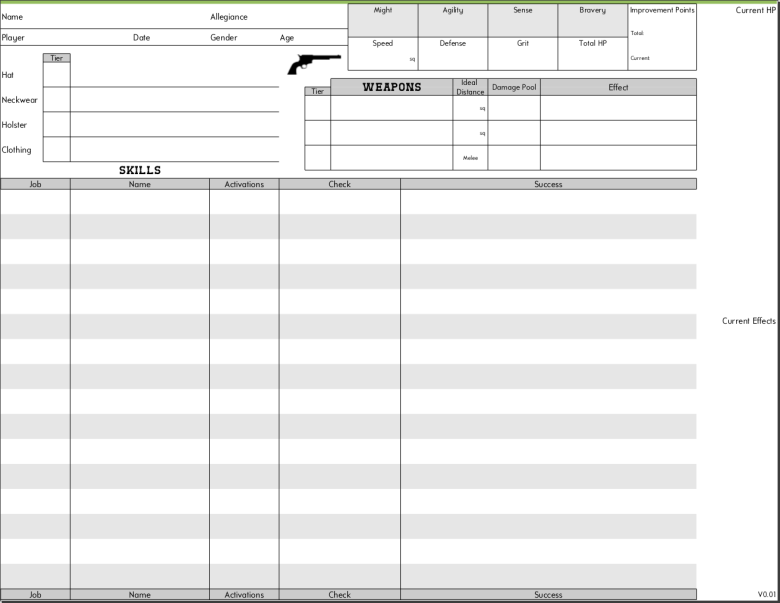 The playtest revealed a few stumbling blocks for me. First of all simulating 5 players plus enemies in a combat situation is extremely tough. Especially as a large part of the shared turns is the idea of player banter and group decision making, which is obviously lost with a solo playtest. And second I think I’m letting mechanics and ideas bleed over from one of my other recent brainstormed projects.

So what am I gonna do about this? I think I need to convince at least one or two friends to playtest with me. But it’s tough to get enough dedication or interest to try a prototype for any length of time. But seriously playtesting an RPG is really hard otherwise.
As for the mechanics the “activation pool” spent freely in a shared turn is very similar to the diceless Hackers game I mentioned before. Again in a wild sense of time flying that post is almost a year old. Normally if I’m starting to implement mechanics from another game it means I should finish the initial project first instead of cludging it into another game.

So I think I’m going to focus on that. Which means I’m as flaky as a high school teenager as I flip flop between ideas. I think having a blog like this is an upside for motivation, centralizing ideas, and putting down some concrete material. But the downside is I feel obligated to my imaginary readers to finish what I announce. But I think the playtest was pretty demotivating, and all it really did was make me want to finish the Hackers game.
Update: The game is called “Echo Death” and you can see the early workings at http://echodeath.wordpress.com/

I guess I’m saying I don’t know where the Dinosaur Cowboys RPG will end up, or whether I’ll fully finish the Hackers game, or what. But yeah, just not feeling it right now. We’ll see where we end up by the next post. 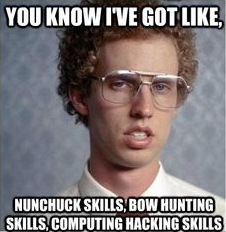 Like I mentioned in the announcement yesterday, I really like to get an early playable prototype for all my games. I think it contributed a lot to the success of Dinosaur Cowboys skirmish, in that I could sit down and roll some dice within weeks of the idea being born.
So with my RPG I want to do the same. Which means besides filling out a skeleton of a rulebook so far, I’ve also been working on the general list of Skills. I narrowed down the Jobs a bit to have actual names, cut a few, etc. I’ll be doing some re-theming to make some more suitable for the universe/history/theme. Obviously the document will get hugely formatted and touched up too.
At this point I’m going to try to sit down with some of my D&D maps that I drew before, grab some DC figures, write some stats on a page, and try playing the game. So exciting!

Anyway here is the PDF document with a big mishmash of skills. Should give you an idea of what I’m going for: Brainstorm of RPG skills (PDF)

One big TODO, and often the deciding factor to players who are glancing at each RPG system, is the character sheet. A beautiful, functional, well thought out sheet can make or break a game. I remember my first RPG (called Horizon) and how the sheets developed and improved over time as we codified common shorthand and notes.

And of course pictures from the PDF, because some people don’t have those 15 seconds to download a file and read it. Plus the easier it is to get you excited about this RPG the better. 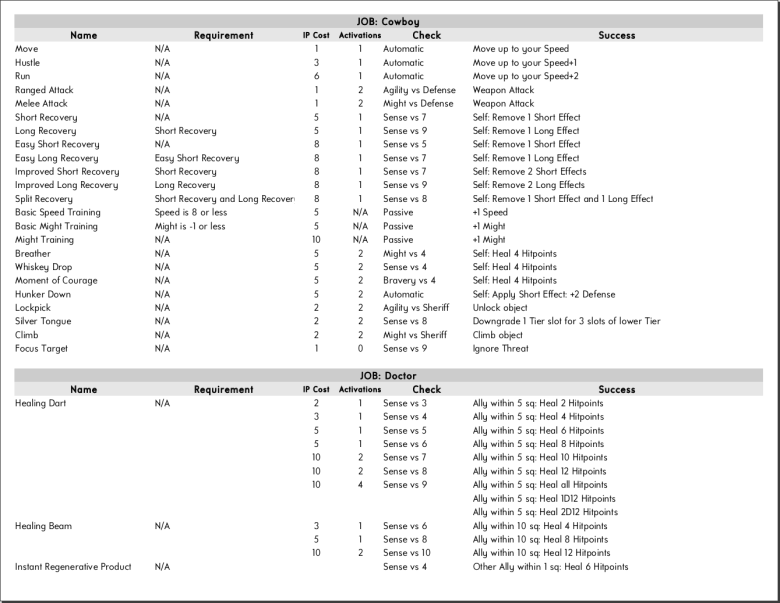 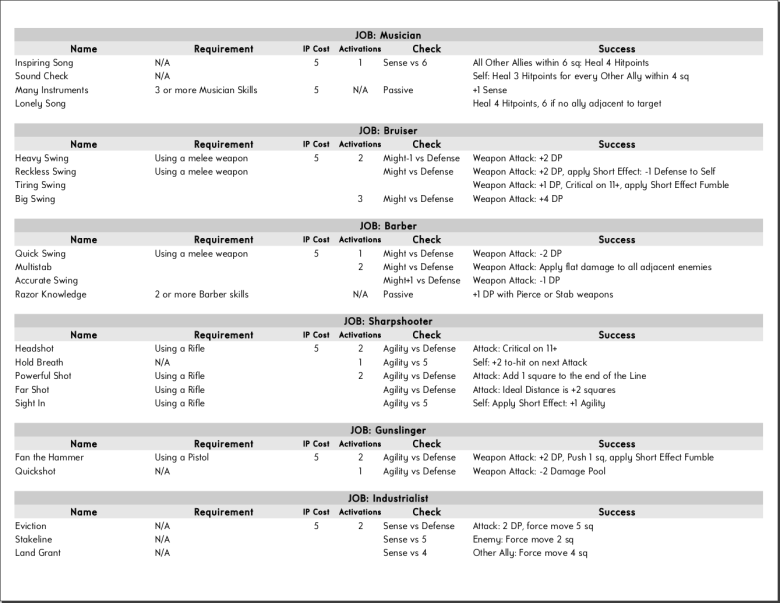 “But wait”, you might say, “didn’t this game ALREADY start as an RPG?!”. Yes, yes it did. You might remember a bit of the way into my original brainstorm I decided to rewrite Dinosaur Cowboys as a skirmish game. And that worked wonderfully. But with all I’ve learned, combined with all my recent RPG experience with my weekly gaming group, means I want to revisit the idea of a pure RPG. Historically as a teenager I played a ton of RPGs, and that was basically all I ever designed/created. Then I had a long lull in my late teens / early adulthood. Recently though with D&D Encounters at my local gaming store, Edge of the Empire with friends, and running my Servants of Molagrath D&D campaign means I’m back into RPGs.
The problem with my initial 2009 design, and why it ended up working better as a skirmish, was I went for a “light RPG that handles big fights well”. Looking back that basically screams skirmish, but I didn’t see it at the time.

What will this new RPG bring to the table? In keeping with my focused design ideas, let me list three core points: 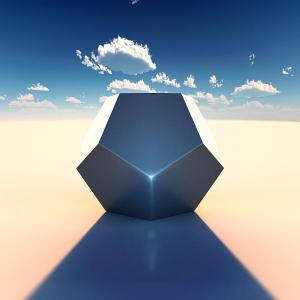 Another important distinction is I’m going to design this game mainly for myself and my gaming group. So the rules may not be as “fresh read friendly” to outsiders, which in some ways mirrors the original old timey roleplaying systems. The reason for this is people very rarely pick up a new RPG system. On the surface traditional RPGs look fairly indistinguishable (big books, some kind of resolution system, lots of classes), so there can be a bit of “what’s the point in switching” demotivation.
Notice I said traditional RPGs. I’m not talking about indie style RPGs that have come out in the past 4-5 years, like Dogs in the Vineyard or FATE, with a focus on fewer dice, less combat, cooperative storytelling, and freeform discussion. Those might fit some groups, but like I said this game is primarily for me and my friends, and we’re a combat-on-a-grid kinda crew with the odd lockpick or persuasion in between. So D&D 4th edition has been a great fit, and for simplicity I’ll reference it a lot below.
Similarly my core group is 5 people + someone to run it (the Sheriff, normally called a Dungeonmaster [DM]), so guess what the target number of players will be?

So far I have several pages of brainstorming and even a loose rules document smooshed together, since I hugely subscribe to the idea of “playtest early, playtest often”. If I don’t have a working prototype within a month of the initial seed of an idea I can almost guarantee I won’t have the energy and motivation to finish a game. Which means I’m hoping to do a rudimentary playtest and system test in the coming weeks.

Main Game Features
Let me distill some of the ideas so far, all of which are subject to change of course: 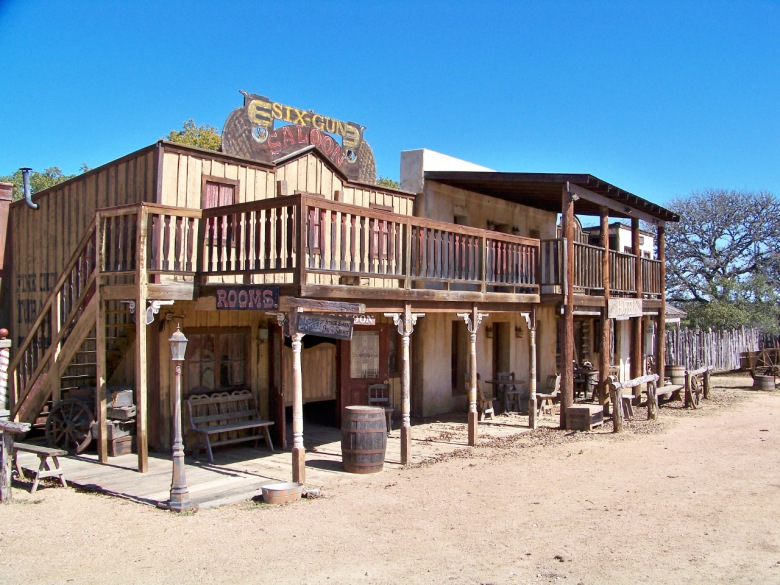 Allegiances
If you made it this far I’m pleased, since reading a dump of brainstorm ideas like that can be tough. Let me reward you with a more clearly defined list. First of all Allegiances:

Jobs
And an even bigger list of Job/class archetypes that you can mix and match from: 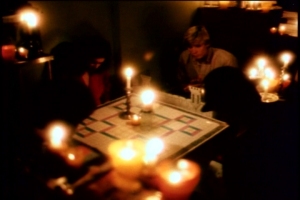 Conclusion
Anyway I’m extremely excited about this concept. Logistically I’ll keep the RPG stuff on this blog/website. And like I said I’m hoping to get a crude prototype together asap so I can start playtesting and seeing how it’ll all fit together. While this is happening Dinosaur Cowboys Skirmish will take a bit of a backseat. But as we saw from the Skies and Slums announcement yesterday I do still have plans for the original “branch” of the game.
So stay tuned!

Posted in RPG. Tags: Life of a Dinosaur Cowboy, RPG. Leave a Comment »

A Photographic Walk Down Memory Lane

You know this project has been going on for quite a while now, basically since the first egg of an idea in November 2009. Now this blog has recently received it’s 3,000th view, which is big news for a small fries rules designer like me.
So I thought I’d take a moment and reflect on the Dinosaur Cowboy roots. The pictures below are from the first game I played of Dinosaur Cowboys, basically with some early sheets and scrap paper for rules ideas. In this case I pitted two totally made up characters against each other. Originally the game was meant to be an RPG, which is why the sheets you see are so much more detailed than the simple and elegant statline on the modern roster. I like it too because you can see a bunch of old weapons, the original damage track idea (a mechanic I love from Silent Death), and so forth. You can also see similarities though, like the weapon statline which is fairly similar to what is used today.
Anyways interesting and fun either way! 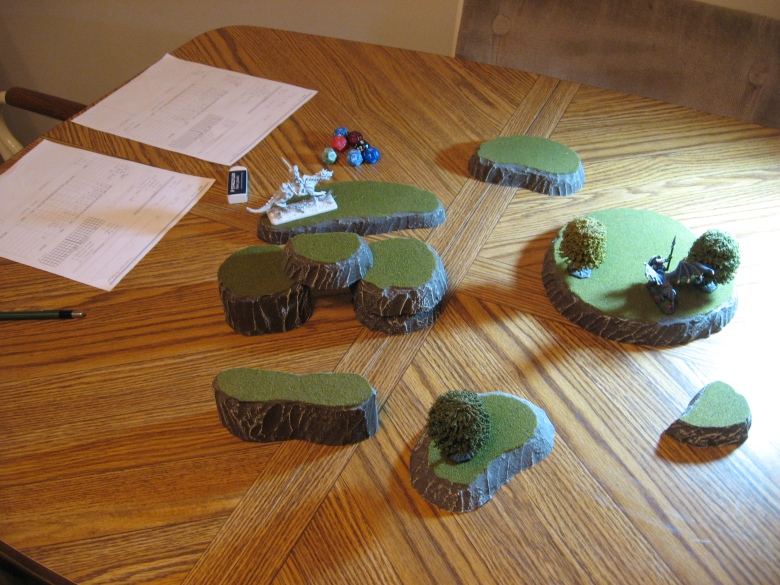